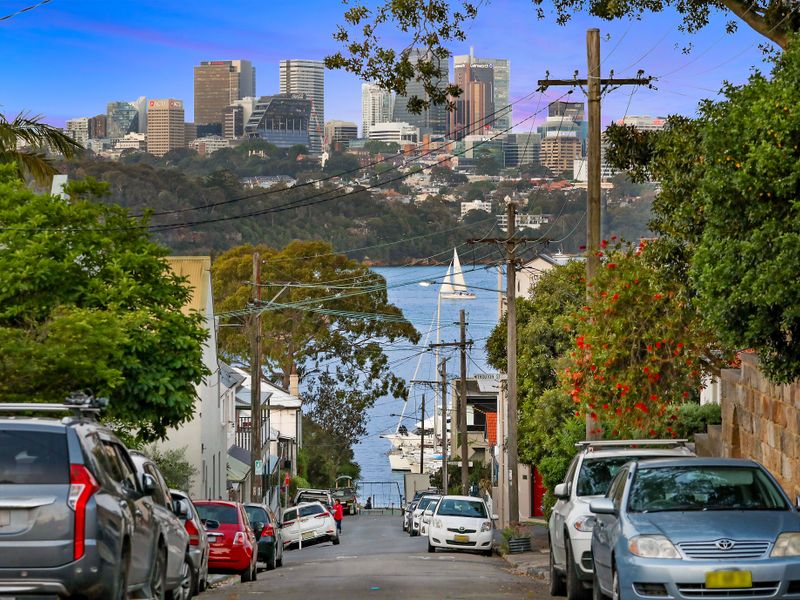 For some it’s been a tough few months, for others it’s been great. Many buyers I speak to are struggling to find a way into this crazy market, while most vendors are listing to take advantage of this current lockdown with ultra-low stock levels, making buying competition rampant.

Naturally with the current lockdowns, a lot of property is trading pre and off market, with vendors insisting on not disrupting their tenants. We are also minimising the number of people walking through homes, as a safety precaution against COVID. I often find myself and just a handful of buyers agents having the first (and sometimes only) opportunities to buy a property.

This leaves what does go to market extremely competitive for the rest of the buyer pool.  In the last few months, we have seen many street records toppled, along with suburb records, and median price rises monthly.

We saw the beautiful home at 29 Keith Street, Earlwood, sell at auction by Alexandra Stamatiou-Buda, outdoing everyone’s expectations to sell for $5,975,000. The property was fought for by families from all over the inner-west and eastern suburbs.

I stood in the pre-lockdown crowd of some 100 people to see 9 Lorne Street, Summer Hill, sell at auction by Hudson McHugh’s Youseff Chmait and Peter Vassilis for a street record of $3,790,000.

Adrian also sold this home at 12 Breillat Street, Annandale, with a two-week auction campaign. The guide was revised from $2m to$2.1m, with the property sold at $2.67m.

In Abbotsford, 26 Fitzroy Street was sold for a huge $4.74m by Chris Wilkins and the team at Ray White Drummoyne. And lastly, the property at 44 Canonbury Grove, Dulwich Hill, sold for $3.7m, flying  past the previous long-standing suburb record of $3.25 million set in 2016 by 17-19 Herbert St.

From blue chip Balmain to the outskirts of the inner west, price expectations are being exceeded daily. Even properties passed in at auction are trading in the preceding days for huge numbers. As most people are struggling to buy in their preferred suburbs or locations, I’m seeing a lot of buyers migrating from the eastern suburbs into the inner west, where  they’re finding a whole lot more bang for their buck!

Moving into Sydney’s lockdown has seen buyer appetite actually increase, as people need an improvement in liveability more than ever during prolonged ‘stay at home’ orders. The number of active buyers may look like they decreased because we can’t see people out on Saturdays, but I’m noticing the serious buyers are out in force trying to get into the market irrespective of the current lockdowns. The inner west has been seen a rapid decrease in listings, which only leads to more demand and an extremely difficult market to buy into.

In the last two weeks I have managed to transact on three homes, one off-market with very limited competition from just myself and a few other buyers agents. The other two were negotiated pre-auction. With a collective sigh of relief, all of my clients’ first words are “thank god we’re finally not competing anymore”.

If you also want to cut out the competition, please send me an enquiry and we can discuss your search.

Get in touch with Hamada to find out more about the Inner West market, or make an appointment to discuss your requirements and see how we can help you get into your ideal home sooner. 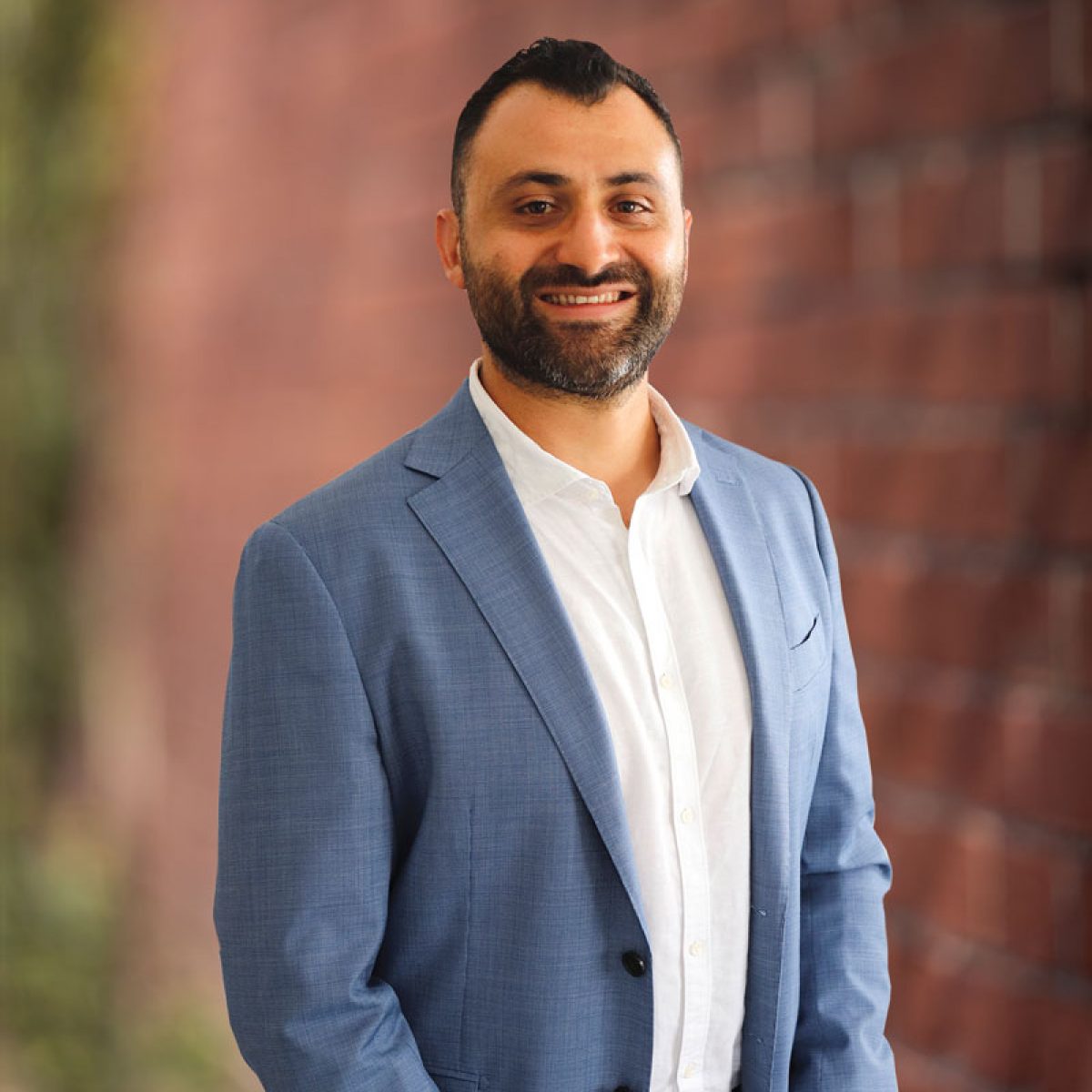 Summer has come and gone and there’s been no slowing the rise in record high prices. On the back of record low interest rates, a massive buyer pool, and not enough stock to keep up with demand, we have seen the market here in the inner west really kick on post-Christmas. Who would have thought 12 months ago we’d be having a conversation about how the property market is firing on all cylinders?

Domain reported that Sydney’s median house price reached a whopping $1,211,488 after surging 4.8 per cent during the December quarter, reaching a record high and outstripping pre-COVID-19 prices by nearly $50,000..

Guides getting raised as campaigns go on and reserves getting absolutely pummelled on auction day have really got a lot of people struggling to get into the market. I have been advising my clients on how the market is moving on a weekly basis, as being extremely diligent on the ground is the only way to track what prices are really doing.

I’m starting to see more vendors bringing their homes to market with slightly more choice for buyers. Unfortunately, this is nowhere near sufficient to stave off competition and stop prices rising.

I can’t stress enough the importance of agent relationships at a time like now. Yes, most buyers get off-market alerts like a buyers’ agent does, but how many properties are you going through when photos are being taken, or when the home is being prepped for a campaign ? With real-time knowledge of the market and not trying to bargain hunt, we are buying homes before they reach the crowds, with strong offers and not going off “guides”.

Auction clearance rates look to have rebounded, after dropping to a 15-year low following a six-week ban on public auctions at the onset of the pandemic. There is , no sign of slowing just yet. Most Agents I speak with also say there are definitely more buyers than sellers, with reno and knockdowns seeing huge demand. For example, deceased estate 2 Harney St Marrickville, sold by Adrian William, had 33 buyers registered. The 341-square-metre block was on the market from the opening bid of $1.4 million, which was bang on the reserve price. The estate sold under the hammer for $1.73 million, $330,000 above reserve.

I’m also seeing a lot more investors coming back to the market on the back of cheap money and yields looking more enticing, although it’s tough competing with primary residence buyers. The sheer number of buyers is showing that competition is intense, so it is not surprising the opening bid at most auctions is on or near the reserve.

Rhonda Yim of BresicWhitney Glebe just sold a three-bedroom Camperdown townhouse that failed to sell amid last year’s buyer uncertainty . Last month it sold for $1.8 million at auction, smashing its reserve by $150,000 as well as its 2020 asking price. Bidding opened at $1.6 million, quickly passing both its price guide of $1.57 – $1.63 million and last year’s asking price.

Even the high-end market is doing well, with 38 Nicholson Street, Balmain East selling for over $7million. A three-bedroom house at 7 Finlays Avenue, Earlwood, bought for $1.25 million in October 2020, sold under the hammer in late February for $1.745 million. It also smashed its reserve by $345,000.

A 2 bed 1 bath 1 car on 6 Albert Street, Leichhardt sold by James Price of Hudson McHugh outdid all expectations, by selling for 1.525m. 95 Trafalgar Street, Annandale was off-market for just one day, then came to market with a guide of 1.35, throughout the campaign to be bought for $1.75m.

This hot competition is seeing many buyers knocked out of contention without even having time to bid. Walking away disheartened, prospective buyers are left looking at another stressful home campaign to try get into a market that is getting further and further away from them.

Talk to a professional buyers agent about how we can help you find your ideal property in this competitive market.

Get in touch with Julio & Hamada to find out more about the Inner West market, or make an appointment to discuss your requirements and see how we can help you get into your ideal home sooner. 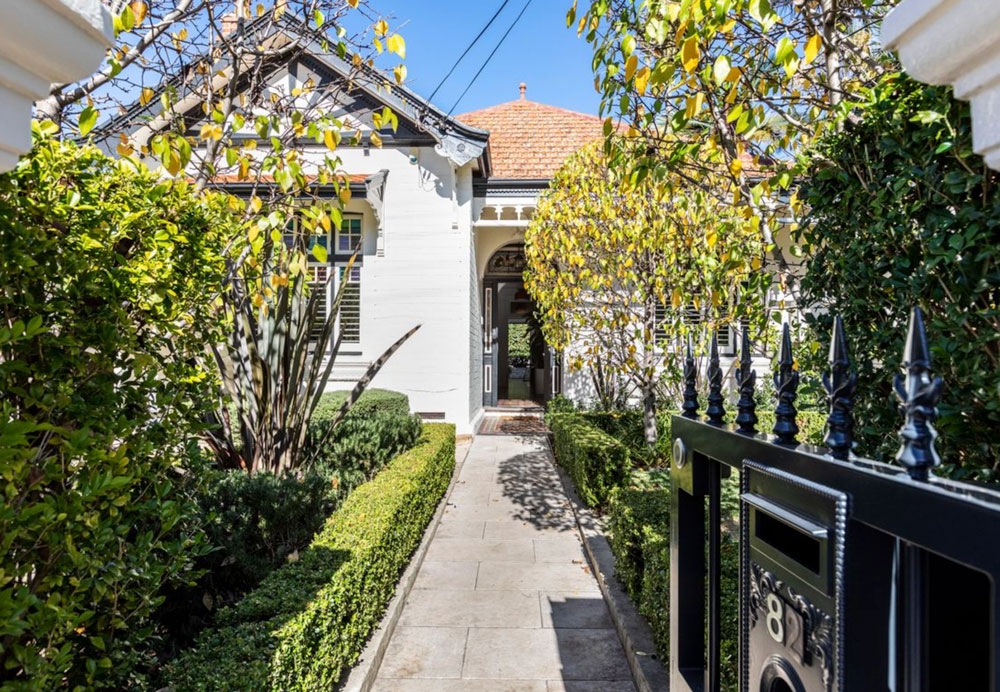 “What’s the market doing?” is a question I hear daily, if not multiple times a day. My reply is that the inner-west property market is firing right now, with little sign of slowing down.

Buying predominantly in Sydney’s inner-west before and during the COVID-19 outbreak has reaffirmed my professional view that the inner-west is an evergreen property market that currently has no bounds.  Ultra-low stock levels – the lowest I’ve ever encountered – and the volume of pre-approved and ambitious buyers have combined to create quite a market hot spot.

The numbers are strong, with July stock up 20 percent over last year. Migration growth is projected to explode post-COVID-19, credit is the cheapest it’s ever been, and low stock levels are keeping the demand for homes sky high.

Current buyers are a mixed bag, primarily families who are currently renting and looking to break into the market. Another group is young couples, families and professionals who can now work from home so don’t need to travel into the CBD every day.

There is an increase in older buyers who have just sold or are looking to downsize. Many buyers are looking to make their dollar stretch further and are priced out of nearby Balmain, the eastern suburbs or the lower north shore.

If buying a home aligns with your strategy, then buy now and don’t wait, as historically the inner-west has performed strongly. A-grade homes are in short supply, making competition even stronger and buying more difficult without the help of a professional. Closer to the CBD and around the peninsular are doing extremely well especially in the $1-$2m price point.

Luckily, we have access to desirable properties that are not listed online and have been successful in securing these for our clients throughout this difficult period. Over the past 12 weeks, I estimate some 40 percent of property has been traded off-market.

Notable sales in this period include:

With such low stock levels, nothing is really lasting long. Most buyers wanting to get into the market aren’t being as fussy and are letting a few boxes on their wish list go unticked. As Buyer’s Agents, our job is to guide our clients on the compromises that are ok to make, and more importantly the one’s that aren’t. We help our clients buy the right homes for the right price, and in this market it has never been more prudent to make the right decisions.

Get in touch with Julio & Hamada to find out more about the Inner West market, or make an appointment to discuss your requirements and see how we can help you get into your ideal home sooner.